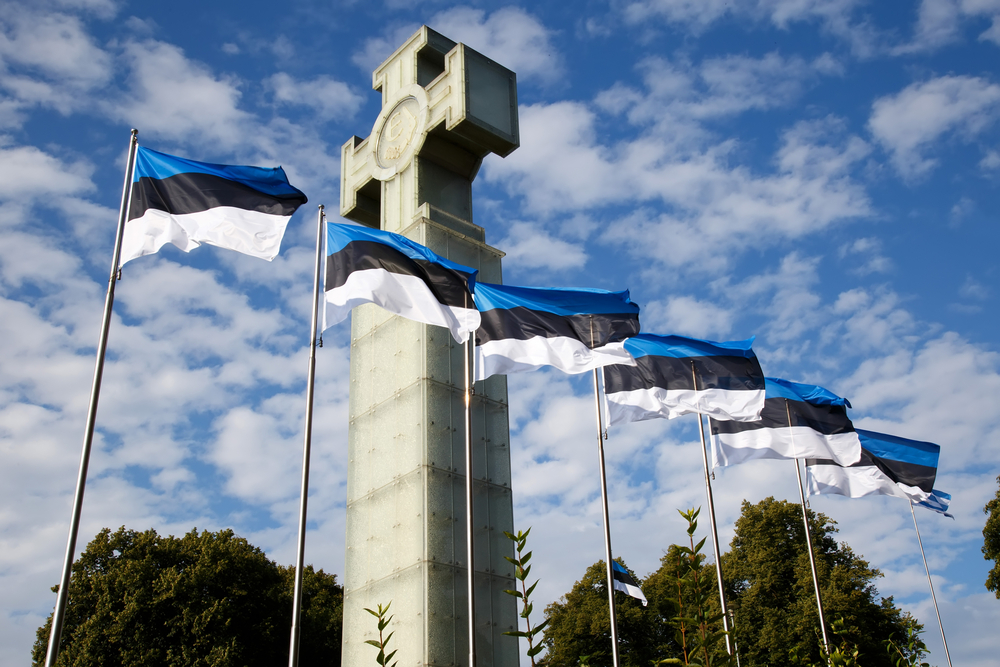 Estonia's national flag flies throughout the country on February 24.

On February 24, 1918, Estonia declared its independence from the Russians when the latter fled, following their defeat against the Germans. Shortly thereafter, Estonia was put under German rule through the Treaty of Bret-Litvosk, until November 11, 1918, when the Germans surrendered to the Allied Forces. Estonia continued as an independent nation until 1940, when Soviet troops occupied the country and it became part of the Union of Soviet Socialist Republics.

Estonia's 1918 independence is recognized on this day. Official celebrations include military parades and church services. Festivities may stretch throughout the day with special awarding ceremonies, concerts, and parties.